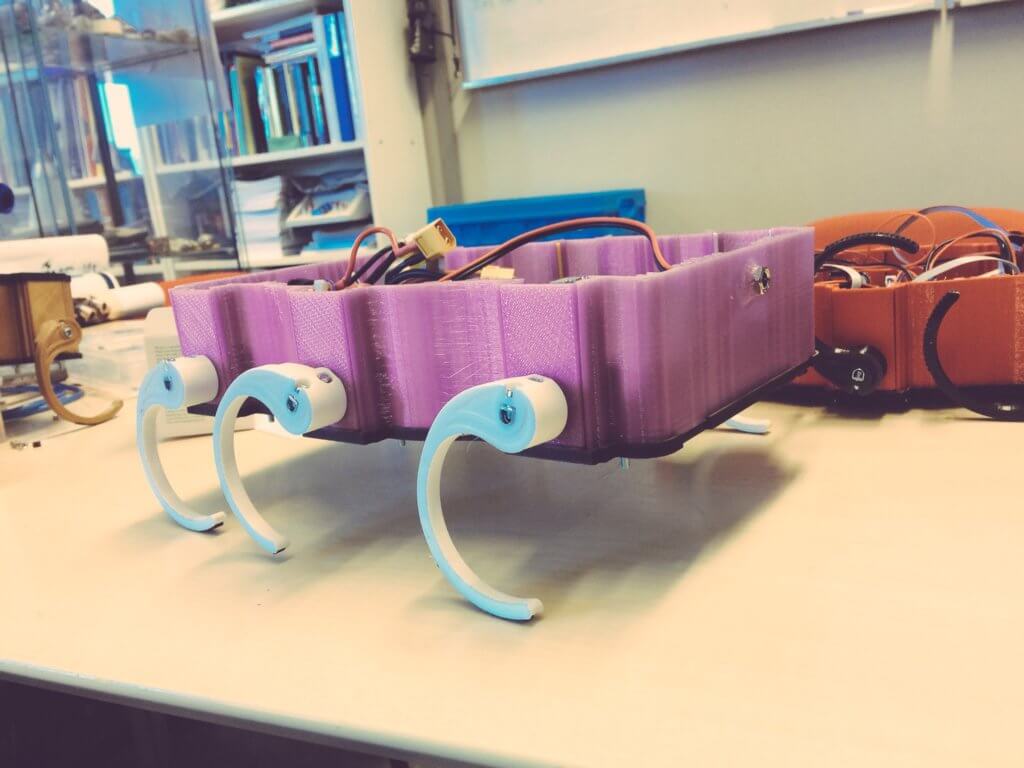 EPR as a production partner: meet the Zebro

Imagine that there has just been a major earthquake. The affected area is full of fragments and emergency workers can hardly reach the area. We can’t leave the survivors behind, can we? The Zebro, born at the TU Delft, offers a high tech solution.

Zebros are robots that can tackle rough terrain with their six rotating legs. In the near future researchers are aiming to make autonomous swarms with these Zebros. By forming a so called ‘self-deploying sensor network’, a group of Zebros is able to discover an area autonomously. When one Zebro in the swarm detects a deviating object or signal, this robot passes the signal to the nearest robot which then passes it to the next one, and so on. Eventually,  the robots will form a sling that – in case of the earthquake – will lead the emergency workers to a survivor. In addition to the presence of Zebros at natural disasters, the swarm robots can also be deployed in e.g.: the cleaning of mine fields, tracking people in caves, in agriculture and in the industry.

Series production is essential to be able to create a swarm. Student Mattijs Otten (Industrial Design Engineering at TU Delft) has made a modular design that enables mass production of the Zebro. The modular design of these robots was set up so that it enables multiple combinations in order to optimise robots for specific goals. In addition to the standard combinations, these robots can be equipped with additional external modules, such as a camera or motion sensor on top of the Zebro. The PCBs in the design are designed by the Zebro-team and produced by EPR. A collaboration to be proud of!

The design is almost finished and it’s about time to test the swarm robots with humans and in different areas. How do people respond to these friendly, almost cute, looking robots? And how can the scientists create a swarm? A first step in this testing process has been made at the Dutch Design Week held in Eindhoven. Getting some attention and love from the visitors wasn’t exactly a problem for the Zebros. So, let the swarming begin!

Read more about the Zebro Project of TU Delft at www.zebro.org.