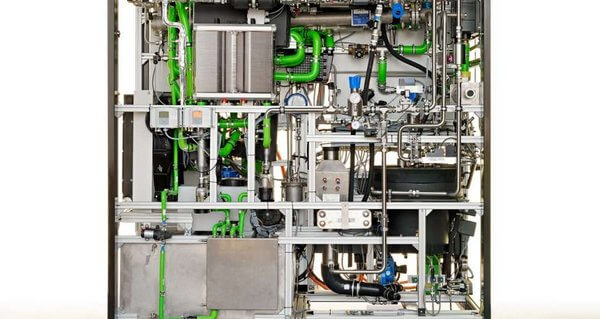 The second quarter of 2018 was exciting and sometimes even mind-blowing. Numerous innovations came along in April, May and June. We are happy to share our five favourite innovations with you!

Team FAST have been working on the application of hydrazine as energy carrier for several years now. Hydrozine consist for 99% of sustainably produced formic acid. The hydrazine is split into hydrogen and CO2, where the hydrogen is used to generate electricity. The CO2 that is released during this process will be used for the production of hydrozine, what makes the net fuel carbon neutral.

According to team manager Max Aerts hydrozine is an engaging option for locations where normally no electricity is present, for example on construction sites. The team is now testing a pilot version of their generator on the construction site where BAM Infra is building on the N211. At the site team FAST partially provides BAM with electricity through hydrozine.

Drilling a hole in in the base of the skull in order to, for example, threat an infection or cancer, is a frequently performed operation. Each year surgeons perform this surgery on more than 100,000 people worldwide. The drilling has to be done with great precision and often takes many hours and requires the maximum from a surgeon.

Jordan Bos of TU Eindhoven has now developed RoBoSculpt, a robot that can take over at least a part of these kinds of operations. RoBoSculpt works on the basis of precise instructions from the surgeon. With sub-millimeter precision the robot can automatically and safely mill a cavity in the skull in the desired shape and dimensions.

Researchers are expecting that the robot will make procedures more accurate, with shorter recovery times, and that there will be fewer complications and recovery operations. Therefore these operations would be less stressful for the patient and also less expensive.

The first pre-clinical tests with the robot will take place this year, at the Radboud UMC. The first operation on people could take place in two to three years. 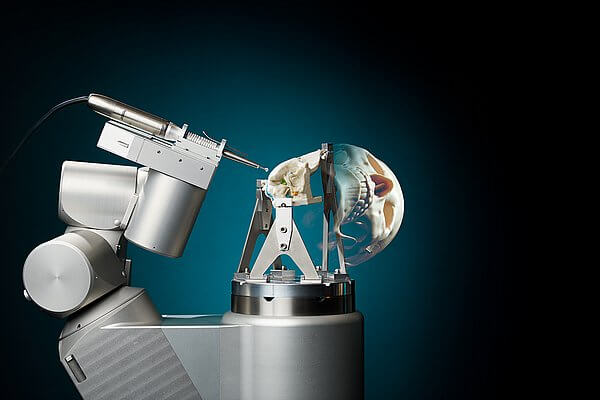 For more than a decade scientist have been looking for the best way to grow heart valves with body cells. They now seem to have found a method that creates long lasting heart valves which exactly do what they are supposed to do: preventing the backflow of blood in the heart.

Defining for successful heart valves is on the one hand the pulsating force that the blood exerts on the valve leaflets, and on the other hand the shape of the valve. The scientist of TU Eindhoven calculated that, in order to preserve the right shape, the valves leaflets needed a bulge, a belly curvature. Using a new technique to obtain this form the heart valves have been grown in the laboratory.

This cultivation method used starts outside the body with an artificial material shaped like a heart valve, in which the researchers grow cells. Within two months, these cells have made their own so-called extra-cellular matrix, and the artificial material is completely dissolved. The cells are then removed from that matrix, and with that a completely biological basis for a heart valve is ready. Doctors can then insert the valve into the patient with a minimally invasive procedure via the groin. The inserted valve immediately functions fully and begins to draw cells from the bloodstream, slowly creating a living, completely biological valve. 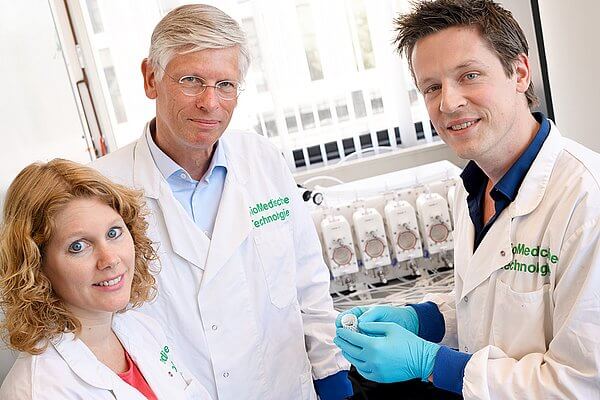 In cooperation with the municipality of Eindhoven and several other companies TU Eindhoven will launch the first habitable 3D printed house next year. A first, because until now 3D printed houses are only used as a test.

The houses all have a striking appearance, for a reason. With this project and the appearance of it the makers want to show what can be done with 3D printing. Round shaped 3D printed houses are difficult to realize with the existing techniques in the construction world. Ofcourse it would be possible to print houses that fit with our image of a standard, more square house.

The designers think that 3D printing could be the future of construction. Professor Salet, closely involved with the project, explains that printing concrete is faster, cheaper and more sustainable.

This house launched next year will be the first of five houses. 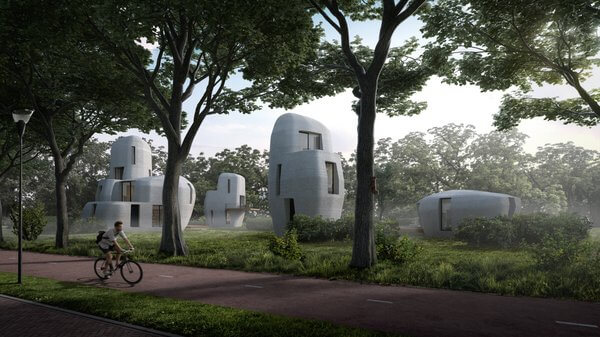 In September, the city of Zwolle will get a cycle path of recycled plastic. According to the municipality of Zwolle, it is the first so-called PlasticRoad in the world.

The PlasticRoad concept was launched in 2015 by KWS, market leader in road construction. In 2016, KWS concluded a partnership with Wavin and Total for the further development of the PlasticRoad.

Besides the circular nature, the PlasticRoad also has many other advantages. The construction time is only a few days instead of a few months. In addition, the road lasts three times longer than ordinary asphalt, and maintenance and related traffic nuisance are a thing of the past. Moreover, the cable and piping problem will be history and the urban water problem will be solved, thanks to the hollow spaces underneath the road.

The world is ours.