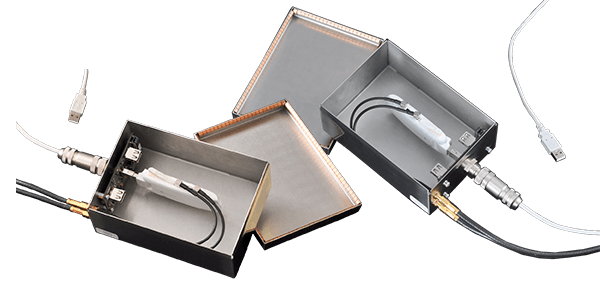 Electromagnetic shielding: why and how?

The shielding can reduce the coupling of radio waves, electromagnetic fields and electrostatic.

A conductive enclosure used to block electrostatic fields is also known as a Faraday cage.

The reduction depends much upon the used materials, its thickness, the size of the shielded volume and the frequency of the fields of interest.The material thickness determines which frequencies will be blocked to get in or out the Faraday cage. For low frequencies as 10kHz is a softsteel layer of 6mm needed to get a reduction of 80dB, but a frequency of 30MHz can be shielded by copper foil with a 0.03 mm thickness.

Copper based RF shields are easy to manufacture and form into preferred shapes. Its high conductivity feature makes it an efficient shield against RF.

Mu-metal is a nickel iron soft ferromagnetic alloy with very high permeability, which is used for shielding sensitive electronic equipment against static or low-frequency magnetic fields (such as hard disks inductive proximity sensors).

Aluminium is a versatile component when it comes to RF shielding. It can be used as a foil to block low frequency radio fields or it can be integrated in the construction to offer a built-in shield against radio frequencies.

How to create an optimal EMI shielding

There are several ways to create an optimal EMI shielding:

Shielding electronic goods housed in plastic enclosures can be done by coating the inside of the enclosure with a metallic ink or similar material. The ink consists of a carrier material loaded with a suitable metal, typically copper or nickel in the form of very small particles.